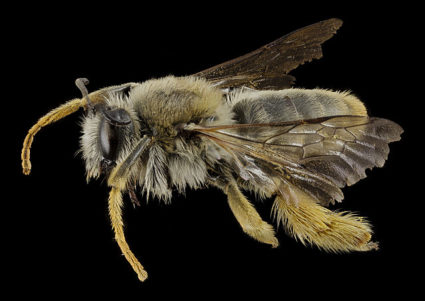 Bees are, in many ways, the darlings of the insect world. Not only do they play a crucial role in thriving ecosystems, but they’re also harbingers of the worsening consequences of climate change.
To bolster our knowledge of bee biology and behavior, a new effort dubbed the “Beenome100 Project” is building a first-of-its-kind library of dozens of different bee genomes. Researchers can use that information to tackle big picture questions like how to protect these tiny creatures, and how they’ve evolved alongside us over time.
Beenome is just one of the many initiatives affiliated with the Earth BioGenome Project (EBP), an ambitious international effort to sequence the genomes of nearly 2 million named eukaryotic species. Eukaryotes have cells that contain nuclei and other organelles, setting them apart from other life forms like bacteria. This domain covers all plants, fungi, and animals, including bees.
READ MORE: World isn’t meeting biodiversity goals, U.N. report finds
First launched in 2018, EBP aims to sequence the genomes of those species over the course of 10 years, housing them in a public database so that all researchers can have unfettered access to this extensive, unprecedented data. The sweeping project is largely made possible thanks to advancements in the field of genomic sequencing technology, which has made this work faster, cheaper and more accessible in recent years.
Bees face myriad threats in a warming world, including po …