Indianapolis Colts: 7 players whose jobs are in jeopardy in 2022 – Colts Wire 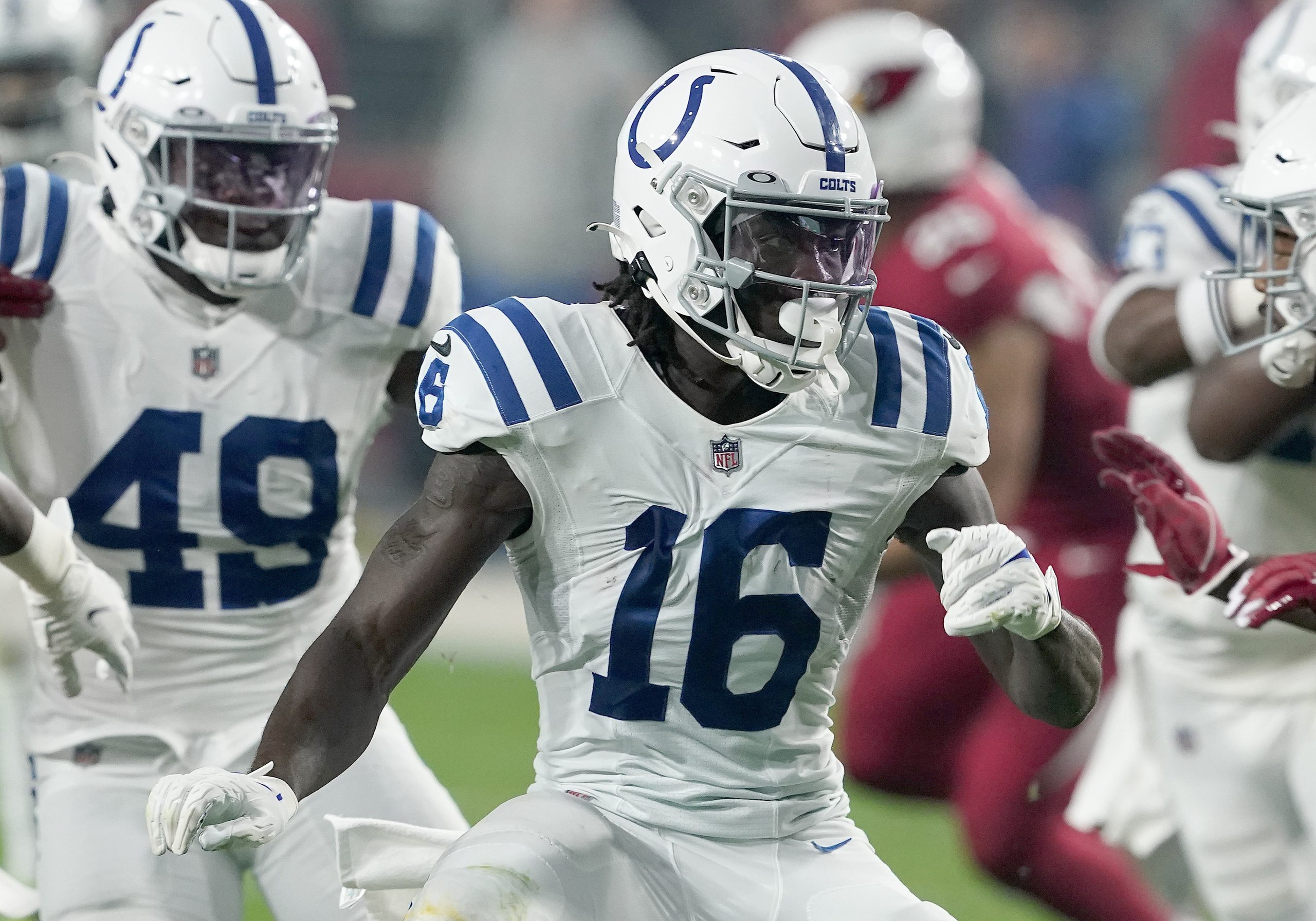 It’s no doubt that the Indianapolis Colts and general manager Chris Ballard filled many areas of weakness during free agency and the 2022 NFL draft.Addressing the wide receiver, tight end and tackle positions were huge for the team to take the next step in a very crowded AFC. With the new arrivals, however, it puts many players on the hot seat and could result in some even losing their jobs by the time the team travels to Houston for the season opener in September.
Every team needs depth, and the Colts are still adding key pieces that will help them in case of an injury. However, the NFL is a business, and the 53 players on the roster will be the ones making a difference on Sundays.
Here’s a list of players most in jeopardy of losing their spots this offseason:

(AP Photo/Darryl Webb)
Dulin has emerged as the go-to guy for the Colts in recent years. This speedy receiver has filled in when this team has been riddled with injuries and has provided some much-needed production. His most significant contribution, though, comes on special teams. He has filled in as a returner and has been fundamental in solidifying the Colts’ punt and kickoff units.
Dulin however currently sits at WR No. 4 on the Colts’ depth chart. While his deep presence can be useful, the Colts will have Parris Campbell back. Combine that with the rookie Alec Pierce and the Colts have their pick of players to throw to down the field. This could leave Dulin on the chopping block in terms of a big role.
Isaiah Rodgers will likely be the Colts primary kick returner, with Nyheim Hines reprising his role as punt returner. Though his roster spot is likely safe given his contributions on special teams, he certainly could find himself further down on the depth chart now.

(Photo by Leon Halip/Getty Images)
Banogu’s time in Indy has been underwhelming since he was drafted in 2019. He has only recorded 2.5 sacks in his career and less than 20 total tackles. Edge rusher was a huge need for the Colts this offseason, and with the arrival of Yannick Ngakoue via trade, the edge rusher room is getting a bit crowded.
There could be additional pieces the Colts pick up and develop this off-season, especially on defense. With that, we could see some turnover on that side of the ball with new defensive coordinator Gus Bradley bringing in players that better fit his scheme.
This is a big season for Banogu because he’s going into a contract year and with the new additions, he’ll need a strong showing at training camp.

(AP Photo/Michael Conroy)
A huge position of need this offseason was cornerback, and with the signing of S …