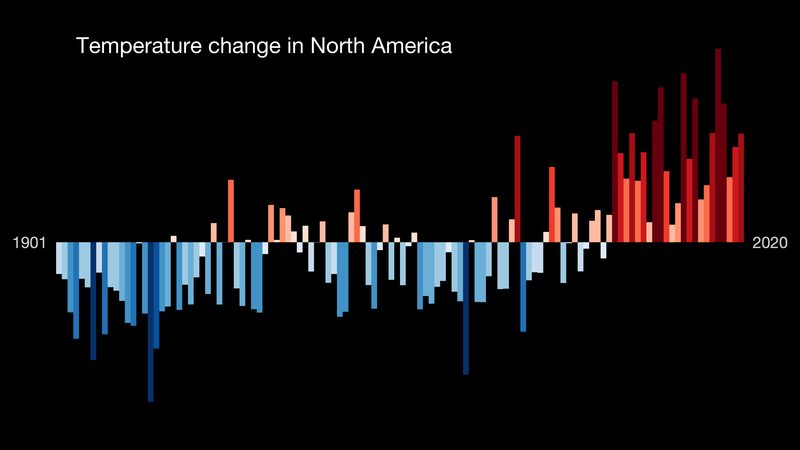 Ohio’s cash-strapped cities and towns are going to need to find billions more a year to keep pace as challenges from climate change intensify over the coming decades, according to a new analysis.
Climate denialists have long ignored the overwhelming scientific consensus around global warming. That got a little harder last year when the International Panel on Climate Change last year analyzed 14,000 studies and concluded that human activity is causing global warming and that we’re locked in to seeing it worsen over the next 30 years.
And the warming has taken on a more visceral cast over the past week, with 100 million Americans under heat warnings, Central England smashing heat records after 250 years of record keeping, and as much of the rest of the Northern Hemisphere sizzles as well.
Of course, hot summers aren’t the only consequence of climate change. Increasing mean global temperatures have a lot of knock-on effects and cities — including those in Ohio — are having to deal with them.
“Communities across Ohio have been coping with increasing temperatures, flooding, erosion, and climate-related extreme weather events for years,” the report by the Ohio Environmental Council, Power a Clean Future Ohio, and Scioto Analysis that was issued Wednesday said.
It added “These climate damages are projected to only intensify in approaching decades, generating new costs associated with climate-driven disaster recovery and adaptation, as well as creating a major strain on already overstretched taxpayers and cash-strapped local governments. Unless we see drastic changes at every level of government to address carbon emissions in the next few years, these impacts will only continue to worsen — and the cost to address them will skyrocket.”
The report looked at the available literature on climate-related phenomena such as more-intense precipitation, worse algal blooms, and more and hotter days. Then it applied them to Ohio cities to estimate what adapting to the phenomena will cost annually by 2050.
The estimate: at least $1.8 billion to $5.9 billion per year in 2021 dollars.
“This represents a 26% to 82% increase of current spending levels for environment and housing programs for local governments in Ohio over a 2019 baseline, for just 10 of the 50 climate imp …