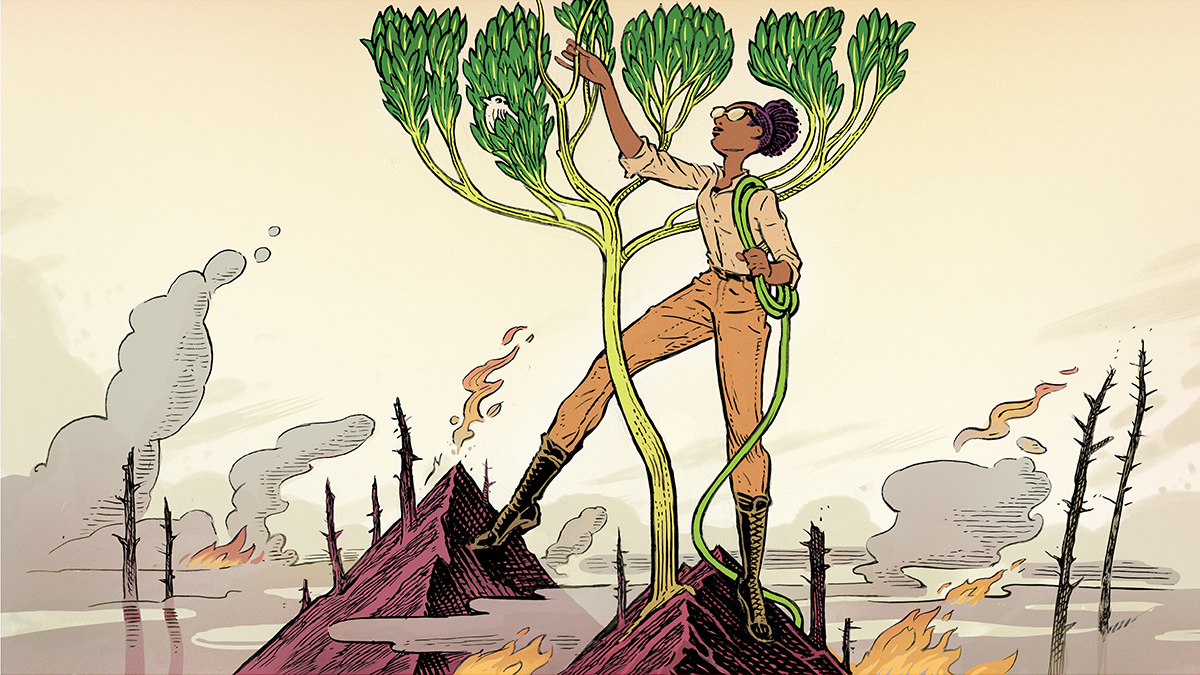 As the climate crisis becomes increasingly urgent, organizations around the world have begun investing in a wide array of environmental sustainability initiatives. Some of these efforts target technological solutions, while others prioritize behavioral or economic changes, but what the vast majority have in common is a single-minded focus on reducing carbon emissions. And to be sure, this is an important goal — but a growing body of research suggests that real progress on environmental sustainability requires solutions that also incorporate social sustainability, and in particular, gender equity.
What does gender have to do with environmental sustainability? These two issues may seem unrelated, but they are in fact closely intertwined. Indeed, a comprehensive report from United Nations (UN) Women found that women are disproportionately impacted by most if not all of the challenges highlighted in the UN’s Sustainable Development Goals (SDGs). For example, natural disasters (which have become more common due to the climate crisis) often disproportionately affect women, children, the poor, the elderly, and the disabled, whose perspectives often go unheard or ignored. Women and girls in many regions in the Global South are typically responsible for collecting water, which becomes a lot more taxing during droughts, and in Europe, women are more likely than men to live in flood zones, where the impact of climate change is felt most severely. Studies have also shown that gender-based violence, including physical, psychological, and reproductive violence against women, becomes more prevalent after natural disasters, with complex and far-reaching consequences on health and well-being.
In addition, many policies and initiatives designed to address environmental issues do so while ignoring or even actively harming women and other underserved groups. For example, women and poorer households tend to be affected more negatively by environmental policies such as expansions of public transport, carbon pricing, and taxes, because these policies often overlook the needs of women and underserved groups (e.g., by optimizing public transit for traditional 9-to-5 commutes rather than scho …