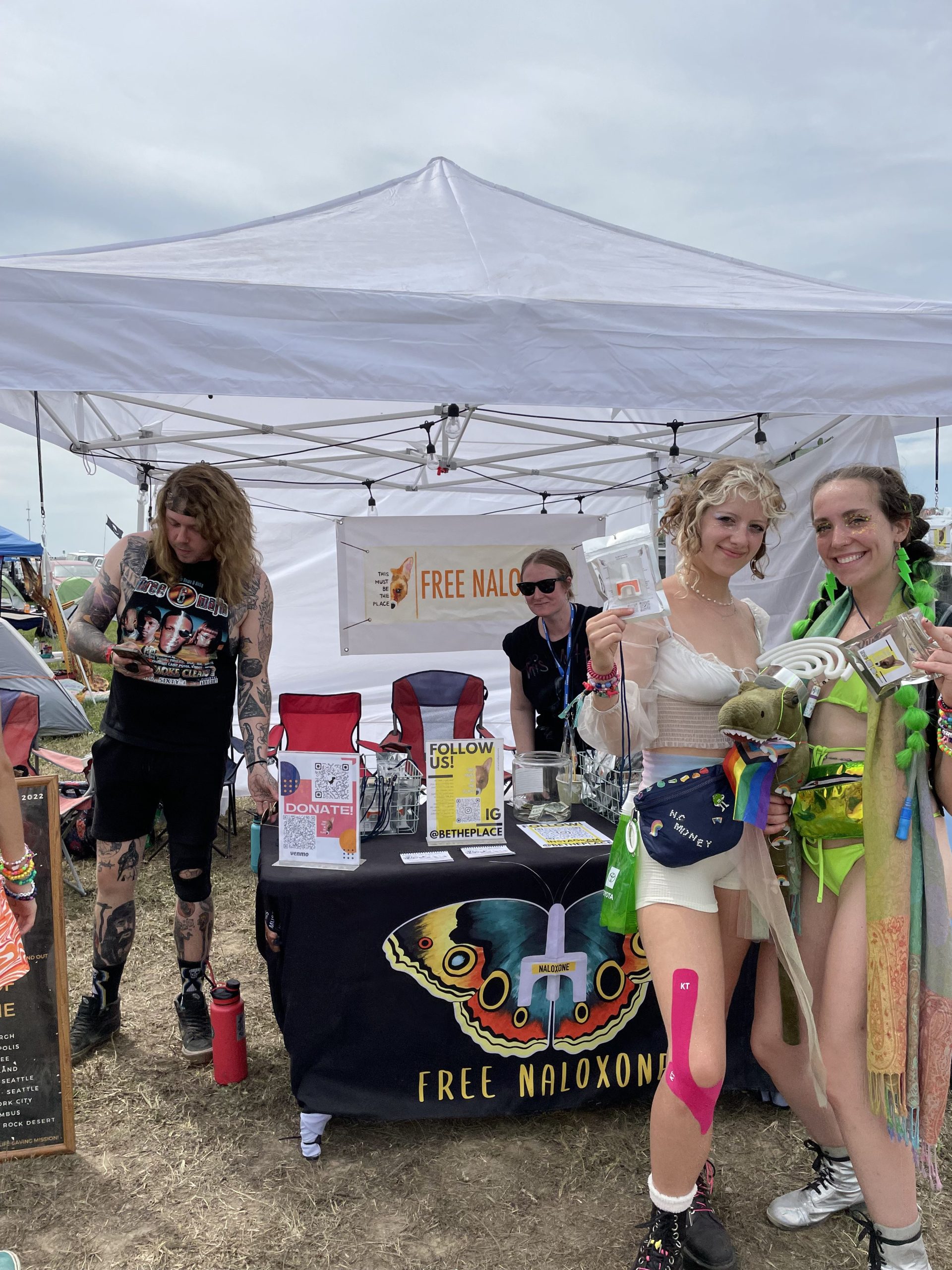 A 26-year-old was found dead at his campsite during the Bonnaroo Music and Arts Festival in 2019. The toxicology report linked his death to a grim trend that has only worsened since. In his system were both ecstasy and fentanyl — a dangerous combination, especially if people don’t know the party drug contains the highly potent synthetic opioid.

Attendees of multiday concert festivals like Bonnaroo, held on an isolated farm in Coffee County, Tennessee, don’t seem to have much trouble sneaking pills and powders past security. And those drugs can be laced with fentanyl, which is why medics who work at these events carry the overdose reversal medication naloxone these days. But first responders can’t be everywhere, and the fast-acting drug needs to be administered quickly.

“We are showing up with it in huge quantities,” said Ingela Travers-Hayward, whose Ohio-based nonprofit This Must Be the Place is flooding festivals with Kloxxado, a nasal spray version of the lifesaving medicine. “We want to move around the campground and proactively hand this out.”

Travers-Hayward and her husband, William Perry, who became a rehabilitation counselor after addiction sent him to prison for a decade, are crisscrossing the country this summer distributing doses of Kloxxado that have been donated by the manufacturer, Hikma Pharmaceuticals. Their summer tour wraps up at Burning Man in the Black Rock Desert of Nevada on Labor Day weekend.

Music festivals once frowned upon naloxone, and some banned it. But even thou …