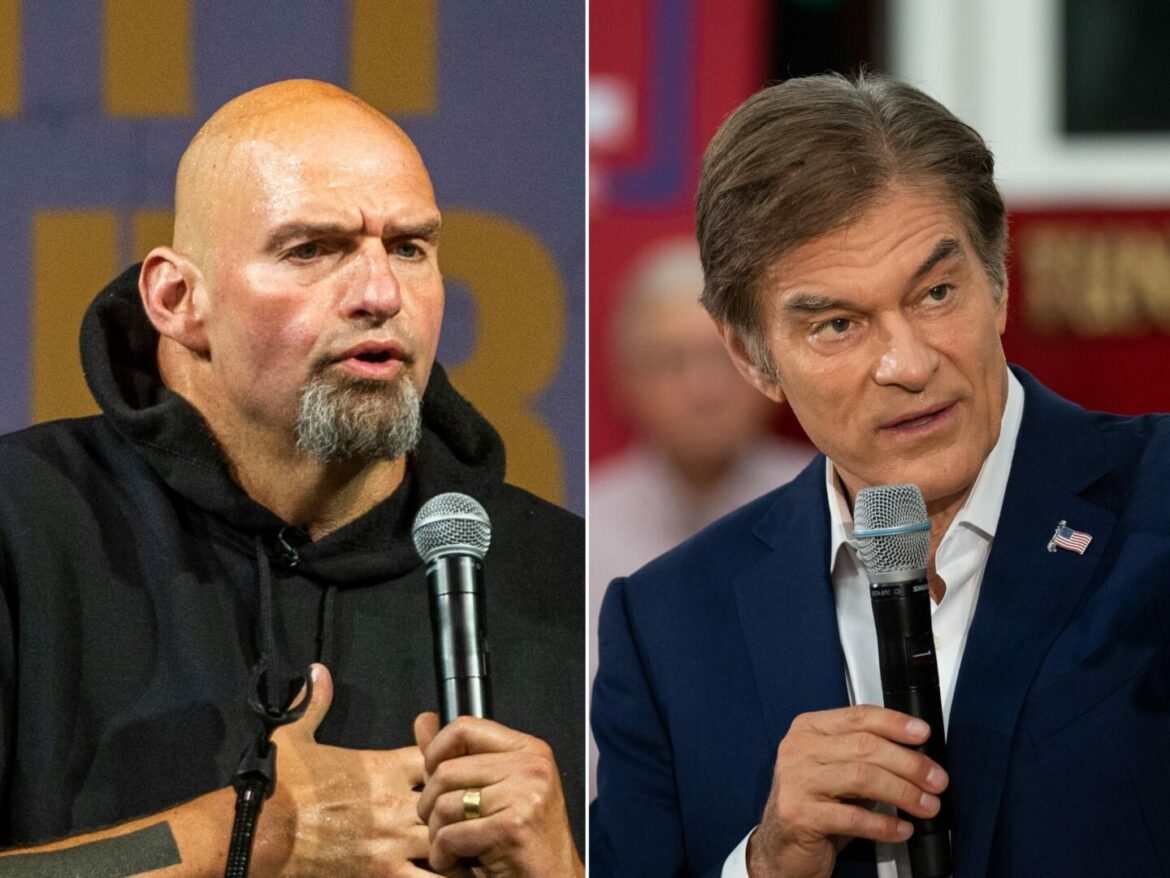 (WITF) – Pennsylvania’s U.S. Senate race will play a big role in deciding which party controls the chamber next year, and one of the big policy areas affected by that control is workers’ rights.
Lt. Gov. John Fetterman has run a campaign premised, in large part, on his support for organized labor; “the union way of life is sacred” has been a refrain since he launched his Senate bid last year. Celebrity doctor Mehmet Oz has mainly focused his job-related rhetoric on broad economic issues, saying Pennsylvania needs to produce more natural gas and coal, and that the U.S. needs to do less business with China.
With Labor Day upon us and candidates in Pennsylvania’s big races taking advantage of optics in historic union hubs like Pittsburgh and Wilkes-Barre, here’s how Oz and Fetterman compare on labor policy.
What Fetterman has said about labor issues
One of the key parts of labor policy currently before the U.S. Senate is the Protecting the Right to Organize Act, or PRO Act, a package of reforms designed to make collective bargaining easier.
It would let unions override a slew of state “right-to-work” laws, which allow workers in unionized workplaces to opt out of paying union dues. It would also place tougher safeguards against employers influencing union elections, allow arbitration for new unions seeking a first contract, and bar employers from using workers’ immigration statuses against them while deciding employment terms.
The measure passed the House and stalled in the Senate. Fetterman, his campaign wrote in an email, “would immediately co-sponsor the PRO Act as curren …