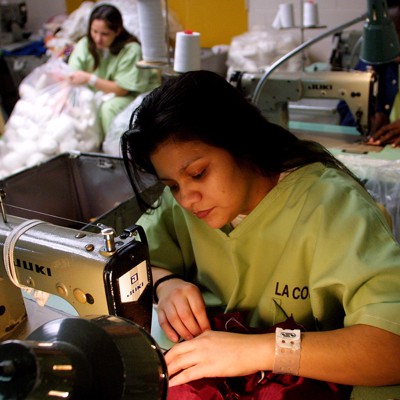 This story was first published by the Urban Institute. Click here to read the original version. Research on prison jobs often highlights the poor working conditions and negligible, if any, wages incarcerated workers experience and earn, but it rarely includes workers’ perspectives. As indicated by a nationwide prison strike in 2018, many incarcerated people believe prison labor is exploitative, but the limited evidence that includes their voices suggests many prefer to engage in paid work than not being allowed to work at all.Evidence shows prison labor is overdue for reform, and important first steps include eliminating forced, unpaid work; improving working conditions; and increasing pay. But those directly affected say removing the option of employment for incarcerated people is not the solution. When protests against companies using prison labor are successful and jobs are eliminated, people in prison face the collateral consequences of reduced income.To understand how best to reform and improve prison jobs and better meet the needs of people in prison, decision-makers can build on the existing evidence and listen to those who are incarcerated.Why Prison Jobs MatterAlthough the wages are meager, prison jobs are a crucial source of income for many people. Most prisons provide some basic necessities to indigent people, but those provisions often do not include hygiene items, such as toilet paper, dental floss, deodorant, and feminine products. But the bar to qualify for indigence is often very high, and most who are incarcerated must purchase these items, including soap, via the commissary.For incarcerated people without family who can support them financially, the only sanctioned solution to obtaining these goods is through employment.Jobs for those incarcerated currently fall into four categories:
facility operation and maintenance (e.g., general janitorial duties, cooking, laundry, grounds maintenance, and repair)
state-owned correctional industries producing goods and services that are sold to other government agencies
public works that operate mostly off prison grounds (e.g., grounds crews and firefighters)
private companies
The hourly wage for non-industry jobs averages between $0.13 and $0.52, and the hourly wage for correctional industry jobs ranges from $0.30 to $1.30. A private comp …