Feds Facing Hundreds of Lawsuits Over Water Contamination at Hawaii Base 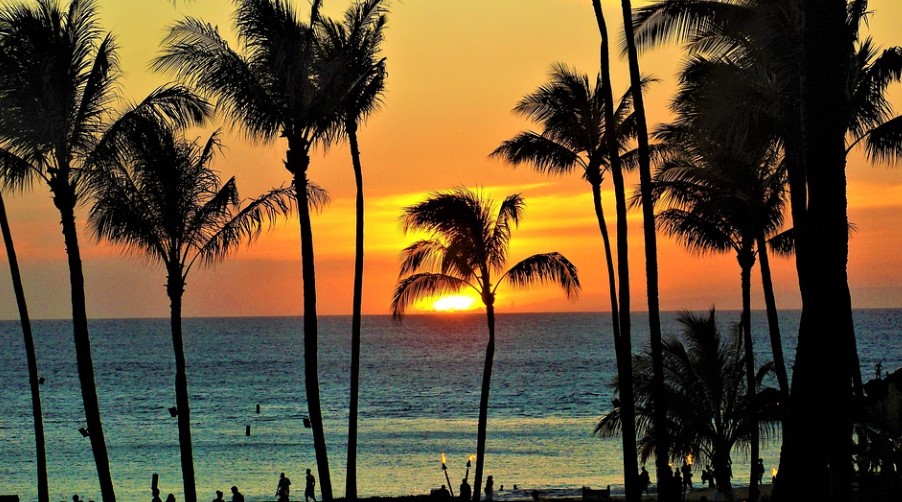 Multiple residents of Oahu, Hawaii have filed a federal lawsuit against the U.S. As of Wednesday, October 5th, 2022 when this story broken, four families are alleging charges of “negligence, trespass, nuisance, and medical malpractice resulting in physical and emotional injuries.”

The suits claim that the cause is the result of jet fuel leaking into the drinking water creating contamination in the water in Oahu. The plaintiffs are attempting to hold the United States military accountable for the tainting of public drinking water as a result of the jet fuel leaks. The allegations stem from the Navy’s Red Hill bulk fuel storage facility located nearby Pearl Harbor.

Did the Navy have prior knowledge?

The attorney who is currently representing some of the families stated that they expect additional people to join the suit. They further allege that the Navy knew that the fuel facility wasn’t operating safely, yet they didn’t release the news about the leak issue in a timely manner. The plaintiffs also cite that there was a second leak which was allegedly caused by a negligent error by an operator at the base.

Attorney Kristina Baehr from Just Well Law spoke about the significance of the case to a reporter and said she believes that the government needs to be held accountable to bring change which, in this case, was their failure to warn the public that the water supply was contaminated. Ms. Baehr referred to the water as “poisonous” from the contamination.

The families want accountability and the truth from the government. They’re aware that the event at the naval facility is another in a long history of toxic exposure due to the negligence of the government.

Contaminated drinking water at military bases has been exposed as a recurrent problem. There is currently a case against the government for contaminated drinking water at Camp Lejeune. There were so many people affected by the water that they had to sign the Camp Lejeune Justice Act into law. The attorney communicated with the military on behalf of her clients that they’re concerned about the contaminates and their potentially serious effects on the future health of their families.

How many people were affected?

Jet fuel contamination in drinking water could have affected up to 93,000 military personnel and civilians in the area according to the lawsuits filed by four families. The lawsuits were filed on Wednesday, August 31st, 2022, and some of these people continue to face health issues including gastrointestinal problems, neurological symptoms, and seizures.

Additional claims, perhaps hundreds more, are expected to be filed by others who have consumed the toxic water as is stated in the lawsuit filed with the U.S. District Court. Some other people are completing the process through the Federal Tort Claims Act all of which will be included in the lawsuit.

What is the Red Hill Bulk Fuel Storage Facility?

The Red Hill Bulk Fuel Storage Facility is an enormous military-run tank farm. It has been located in the hills over Pearl Harbor since World War II. In 2021, thousands of gallons of the jet fuel leaked into the water supply two times.

The facility is directly above an aquifer. This aquifer is responsible for supplying 25% of the drinking water supply in Oahu as reported by the Honolulu Board of Water Supply. The island is the state’s most populated and, as such, losing a primary source of water to the region would be devastating.

Back in May of 2021, a fuel spill occurred when a process to open a valve went awry and was erroneously executed at the Red Hill facility. The result was a violent fuel line rupture. Several months later, on November 20th, 2021, an overhead pipe valve cracked. Almost 14,000 gallons of jet fuel leaked into the groundwater for hours.

As the families got even sicker from the toxins in the water, the federal government compounded the problem according to the lawsuit. Top military leaders of the Navy came out and denied the situation and went on to dismiss the residents’ concerns. They ignored and tried to minimize their concerns. The families were denied basiccare when they asked military medical care providers for their help. The facilities did make a record of their symptoms, however, the care providers didn’t run even the standard tests to review the basics like liver and kidney function and blood work.

Approximately 93,000 individuals reside along the water line affected by the jet fuel leaks. There are numerous people who report that they continue to experience concerning health effects. In addition to the adverse health issues, it’s also affecting their mental health in many cases. Their ongoing negative experience was what prompted so many residents to sue the government.

The Red Hill facility was initially built to store fuel in the event of an enemy attack in the 1940s. There are 20 steel-lined tanks that were built into the ground 100 feet deep. The tanks have carried 12.5 million gallons of jet and ship fuel, and many of the storage tanks were not inspected in about 38 years.

In reaction to the lawsuits, the United States Department of Defense and the Navy ordered investigations of the site to begin. Both have directed their focus on improving conditions at Red Hill. They continue to prioritize their attention on the health and safety of military families as well as the rest of the state’s population. Members of these government agencies express confidence that they’ll take every step to protect people and the environment.

Lloyd Austin is the United States Secretary of Defense, and he is overseeing the task force. He has since commented that they want to ensure that the storage facility is defueled safely and timely. Many families have since moved off the base and are suffering a range of maladies. They stress the importance of the task force to keep their focus on providing care and treatment for the hundreds of affected military people and the other members of their families. Additionally, there’re ongoing investigations and testing activities underway by the EPA.