If You’re Worried About the Environment, Consider Being Composted When You Die 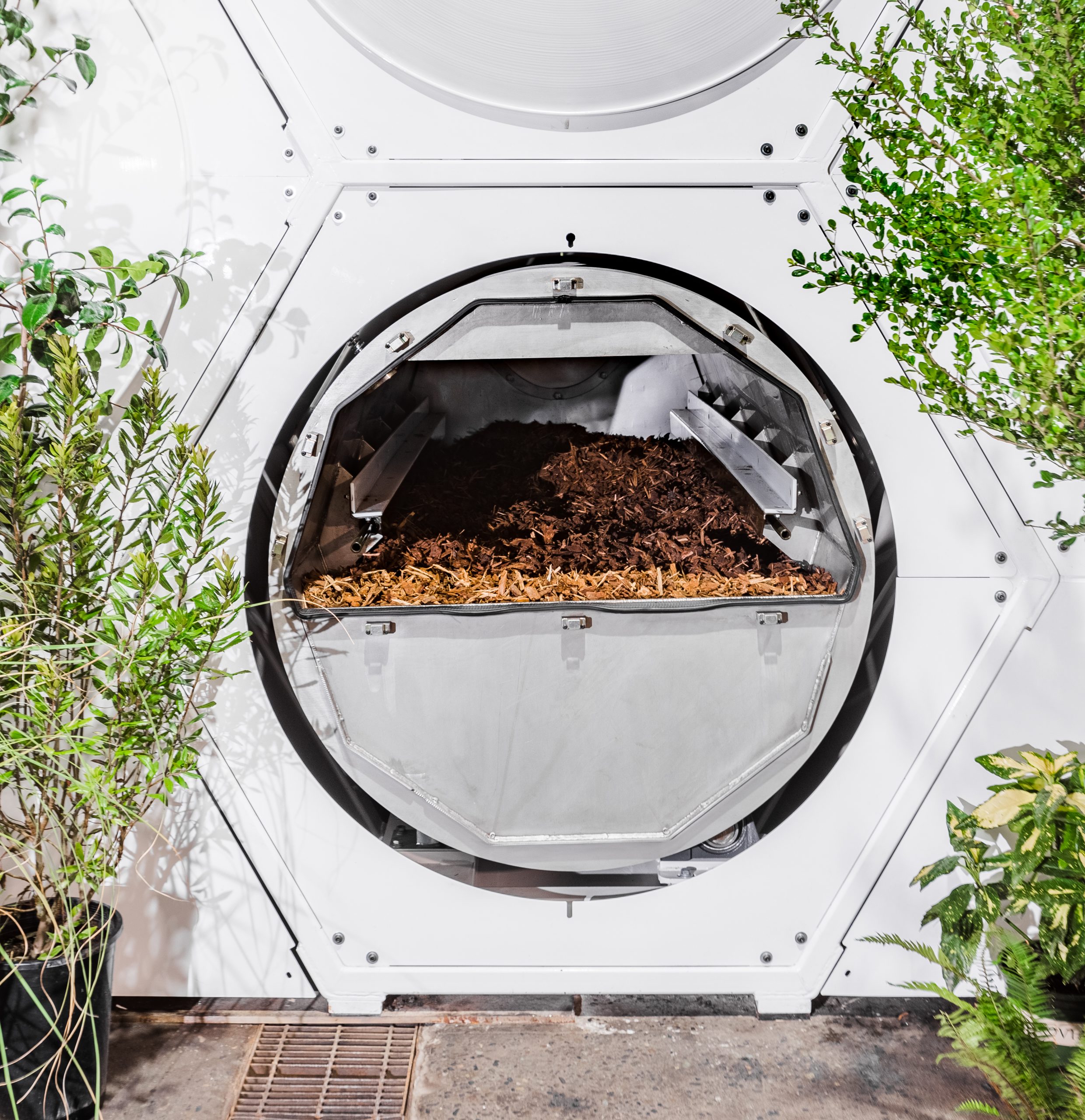 Would you rather be buried or cremated when you die?

If you feel the way I do, the answer is neither. I cringe at the thought of my body burning up at well over 1,000 degrees Fahrenheit or being pumped full of toxic chemicals and spending the rest of eternity in a cramped box 6 feet underground.

So here’s another question: How do you feel about having your body reduced to compost and used to plant a tree, grow flowers, or repair depleted soil in a forest?

Human composting doesn’t mean you’re tossed into a bin with potato peels, crushed eggshells, and coffee grounds. Rather, you’d be placed in a metal or wooden vessel, enveloped by organic materials such as wood chips, alfalfa, and straw, and then slowly reduced to a nutrient-packed soil. The process can take six weeks to six months depending on the methods used.

I don’t know about you, but I like the sound of that (at least compared with those other two options).

“I never felt like I had an option that works for me until now,” says Assembly member Cristina Garcia (D-Bell Gardens). She authored a bill, signed last month by Gov. Gavin Newsom, to legalize human composting in California.

California becomes the fifth state to allow this method of body disposal, commonly known by the more scientific-sounding name “natural organic reduction.” Colorado, Oregon, Vermont, and Washington have legalized the practice, and legislation is pending in several other states.