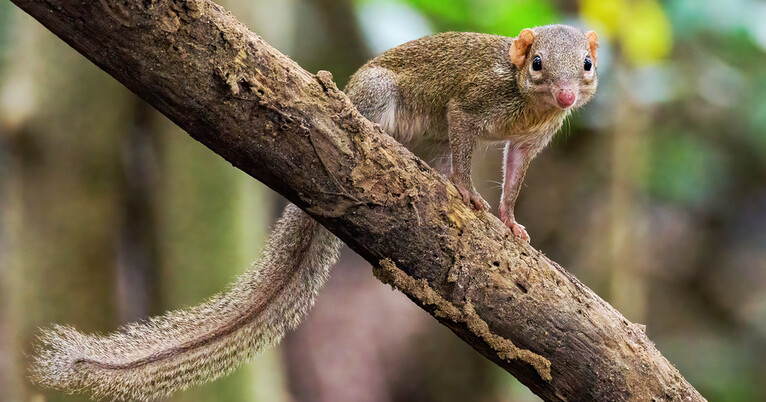 The Northern Treeshrew, a small, bushy-tailed mammal native to South and Southeast Asia, defies two of the most widely tested ecological “rules” of body size variation within species, according to a new study coauthored by Yale anthropologist Eric J. Sargis.
The unexpected finding, researchers say, may be attributable to climate change — the body size rules reversed in Northern Treeshrews as average temperatures climbed — and likely exists in other species.
The first-of-its-kind study, published Nov. 29 in the journal Scientific Reports, found that the Northern Treeshrew (Tupaia belangeri) breaks both Bergmann’s rule and the island rule. The former describes a common pattern wherein individuals of a warm-blooded species inhabiting colder climates — generally located at higher latitudes — have larger average body sizes than those in warmer climates, which are usually at lower latitudes. The latter predicts that small mammal species evolve larger body sizes on islands than their mainland counterparts, whereas island-bound large mammals evolve smaller body sizes.
[I]mportantly — and quite unexpectedly — they discovered that both rules have reversed over a remarkably brief periodAlthough both rules have been repeatedly tested from a strictly geographic standpoint, how they interact — and possibly even change over shorter timescales amidst rapid climate change — has never been rigorously examined.
In the first published study to do so, Sargis and his coauthors analyzed 839 museum specimens of adult Northern Treeshrews collected over 13 …