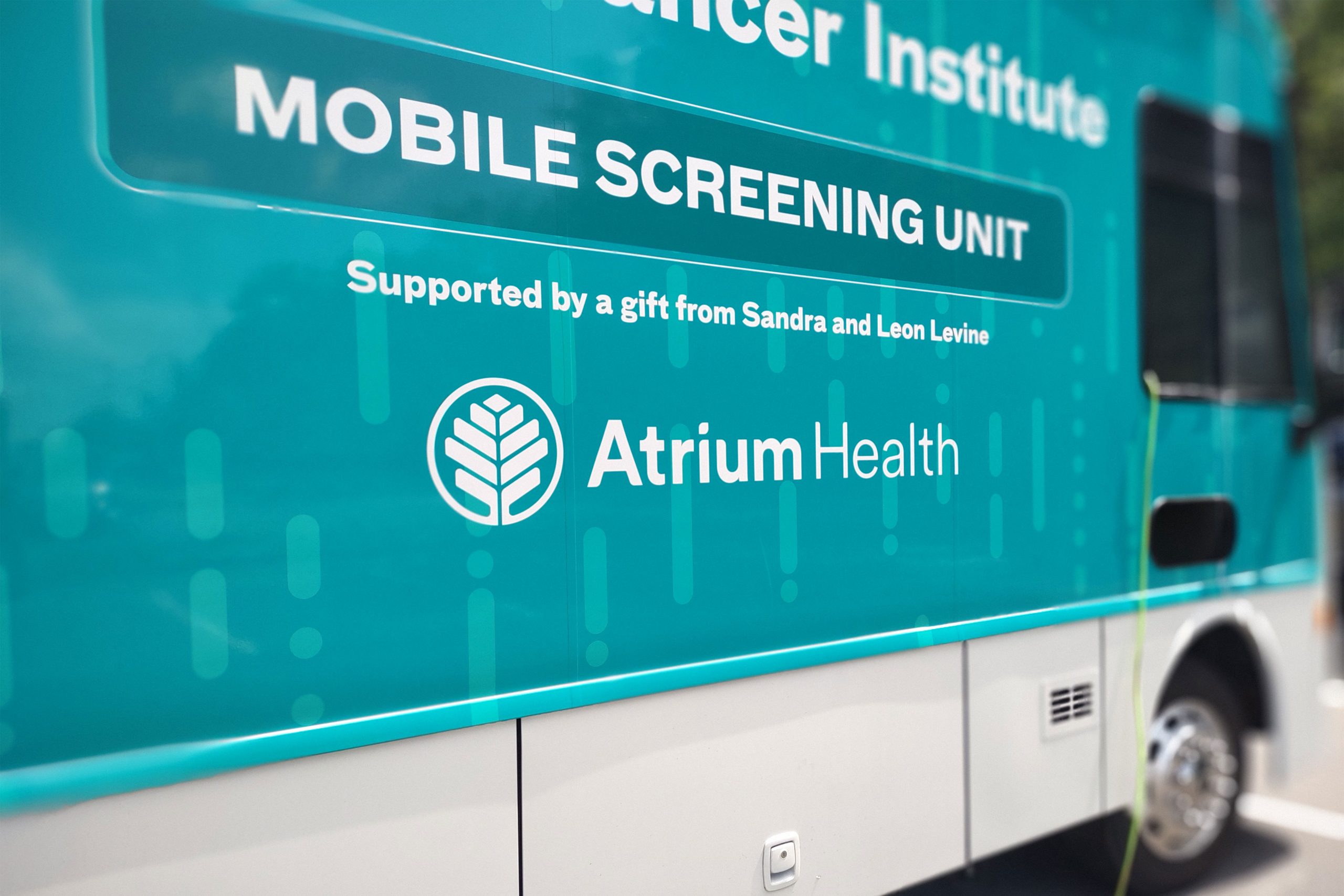 During a routine visit to the Good Samaritan Clinic in Morganton, North Carolina, in 2018, Herbert Buff casually mentioned that he sometimes had trouble breathing.

He was 55 years old and a decades-long smoker. So the doctor recommended that Buff schedule time on a 35-foot-long bus operated by the Levine Cancer Institute that would roll through town later that week offering free lung-cancer screenings.

Buff found the “lung bus” concept odd, but he’s glad he hopped on.

“I learned that you can have lung cancer and not even know it,” said Buff, who was diagnosed at stage 1 by doctors in the rolling clinic. “The early screening might have saved my life. It might’ve given me quite a few more years.”

The lung bus is a big draw in this rural area of western North Carolina because some people aren’t comfortable going — and in many cases have no access — to a hospital or doctor’s office, said Darcy Doege, coordinator for the screening program.

“Our team makes people feel welcome,” she said. “We can see up to 30 patients a day who get referred by their primary care doctor or their pulmonologist, but we also accommodate walk-ups.”

A bus operated by Atrium Health’s Levine Cancer Institute offers free lung-cancer screenings to people in 19 counties in North and South Carolina. The effort launched in 2017 to mak …