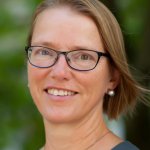 A proposed development that would bring a new soccer stadium to downtown Milwaukee should include guarantees of good wages and a path to union representation for workers in the stadium district in return for public subsidies, a new report recommends.
The report, “Worker Power Levels the Playing Field,” was released Tuesday by COWS, a think tank at the University of Wisconsin-Madison. It says taxpayer-funded support for the proposed Milwaukee soccer stadium project, dubbed the Iron District, should come with strings that ensure local hiring and strong job standards even after the project is built out.
“In Milwaukee, a city plagued by racialized socioeconomic inequality, any development should have demonstrably positive impact on these inequities,” states the report. With reference to an earlier COWS report in February 2022 on poor compensation and unstable working conditions in Milwaukee service jobs, the new report says that “raising the quality of service jobs in the city is one way to help build a stronger and more equitable community.”
Milwaukee already has a model for such an agreement, according to the report: the city’s Deer District surrounding Fiserv Forum where the Milwaukee Bucks play. The developers — led by the team’s owners — set a higher wage floor and ensured union rights at the NBA arena. The Deer District is “a nationwide model,” the report says, one that Iron District developers would do well to emulate.
Laura Dresser, courtesy University of Wisconsin
“It’s important for Milwaukee to see itself as a national leader in this way and to re …