Who should say how climate change affects severe weather? – NPR 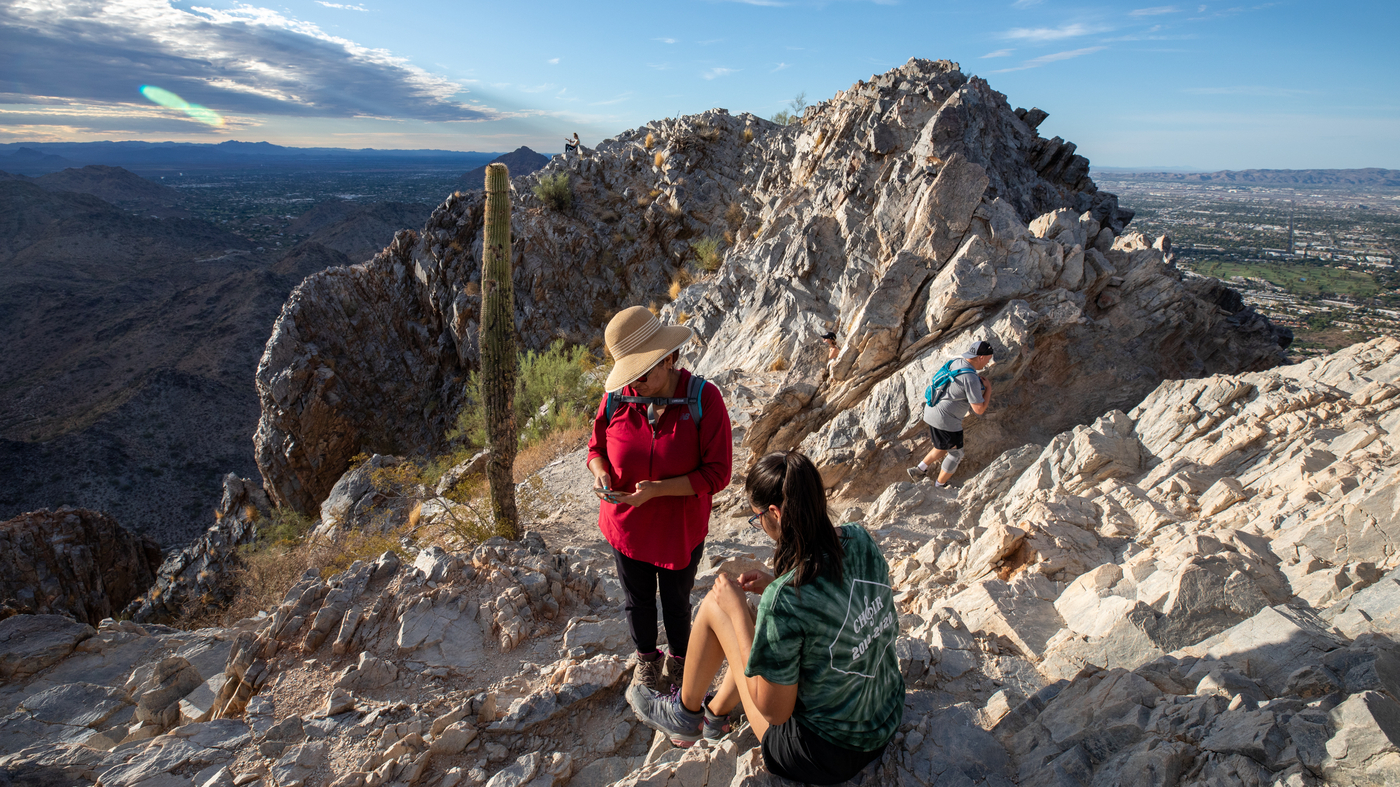 Some mountain trails in the city of Phoenix are open before sunrise and after sunset to encourage hikers to avoid the heat of the midday. A large body of scientific research shows that climate change is making heat waves more severe. Communicating about that climate connection while a heat wave is still underway can affect peoples’ attitudes about climate change more broadly.

At global climate talks that just wrapped up, one of the few areas of agreement was about the worldwide toll of climate-driven weather disasters. Leaders from Pakistan and Kenya, Senegal and the Bahamas connected the dots between a hotter Earth and devastating floods, storms, heat waves and droughts. And in a speech at the conference, President Joe Biden said more severe hurricanes and wildfires are wreaking havoc in the United States. That connection between extreme weather and climate change has never been clearer, thanks to an area of science known as extreme-event attribution. It allows scientists to describe exactly how much worse a specific flood, heat wave, hurricane or drought is because of human-caused global warming. But that science is largely missing from public weather forecasts that millions of people in the U.S. rely on. As severe weather gets more common, scientists and forecasters are contending with a sneakily difficult question: How do we work together to explain the role of climate change? It’s mostly the scientists who do the talking Years of research have shown how climate change intensifies rain storms, heat waves and hurricanes.

But when a disaster is unfolding, the official weather forecasts from the federal government don’t include information about how climate change is making the disaster more severe or more likely, even when the connection is well-established by previous studies. The forecasts that most people get on their phones or through television broadcasts are based on official government information. If they did include climate context, weather forecasts for hurricanes might mention how sea level rise or warmer ocean temperatures could make the storm more severe than storms in the past. Similarly, official updates on drought conditions might mention how global warming contributes to longer, more severe droughts. Or heat wave warnings from the National Weather Service could include information about the strong, well-established connection between a hotter Earth and dangerously hot days. Instead, information about that connection comes from researchers, often weeks or months after the disaster happens.
Loading…

But scientists may not always be the best messengers. Research has found that television meteorologists can be some of the most authoritative voices for lots of people on the connection between climate change and weather. And federal forecasters, such as those at the National Hurricane Center, could also be effective messengers for climate information, says Michael Wehner, a climate scientist at Lawrence Berkeley National Laboratory who studies extreme weather. “Confidence in these statements would be considerably high …