As Tripledemic Of Flu, RSV, And Covid-19 Surges Shortages Of Drugs Are Having A Disproportionate Impact On Children – Forbes 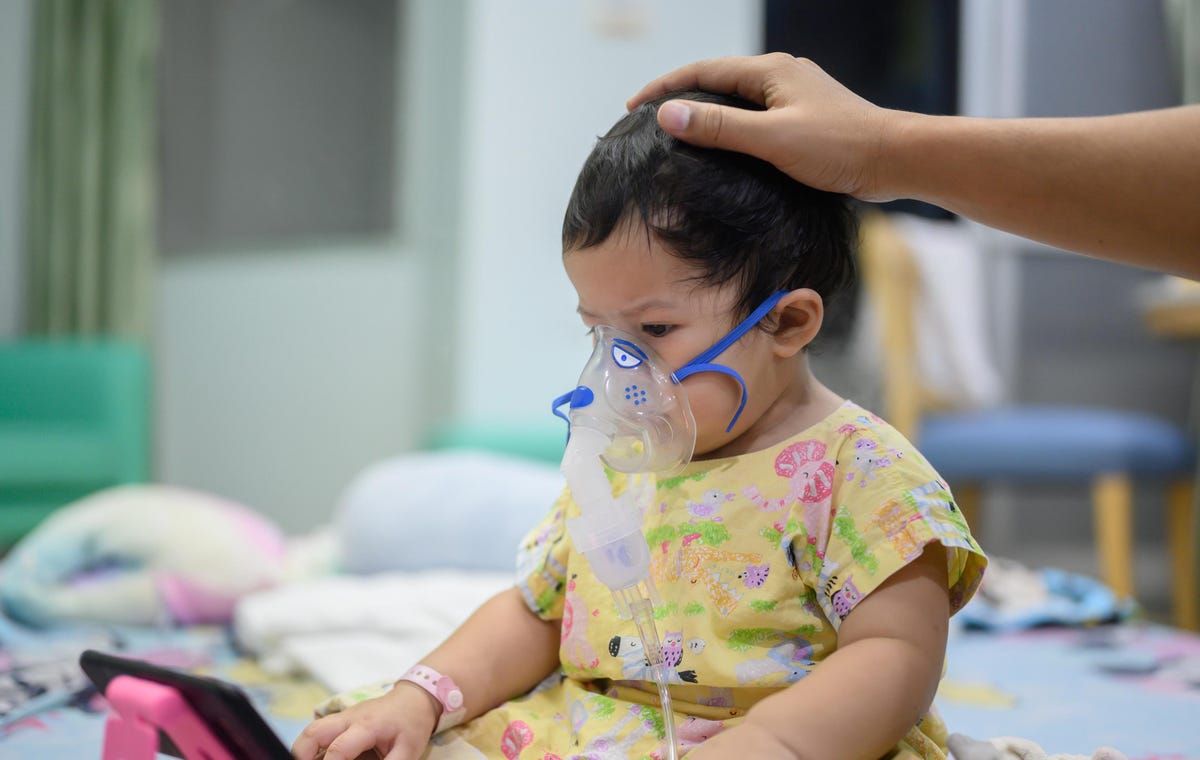 Baby with Respiratory Syncytial Virus (RSV) in hospital. gettyIn the U.S., all but 6 states are currently experiencing “high” or “very high” respiratory virus levels. The nation is faced with a so-called “tripledemic” of ongoing Covid-19, which is leading to increases in hospitalizations once again in certain areas; influenza, which has re-emerged in full fury nationwide after a two year absence; and respiratory syncytial virus (RSV), which is already nearing seasonal peak levels in a growing number of regions of the country.

As a result, there are acute shortages of a number of over-the-counter (OTC) medicines used for symptomatic relief, such as the children’s medications liquid acetaminophen and ibuprofen.

Record levels of illnesses have also caused a spike in demand for amoxicillin. This has resulted in an acute shortage of the antibiotic, which is widely used for the treatment of bacterial upper and lower respiratory infections in, among others, the pediatric population.

Dr. Megan Ranney reports that besides amoxicillin, shortages of other antibiotics have emerged, especially pediatric formulations.
MORE FOR YOU
The root causes of all these shortages are manifold. Solutions in the short term are hard to come by, given the profound dysfunctionality that persists in the drug supply chain.
According to the Food and Drug Administration (FDA), “drug shortages can occur for many reasons, including manufacturing and quality problems, delays, and discontinuations.”