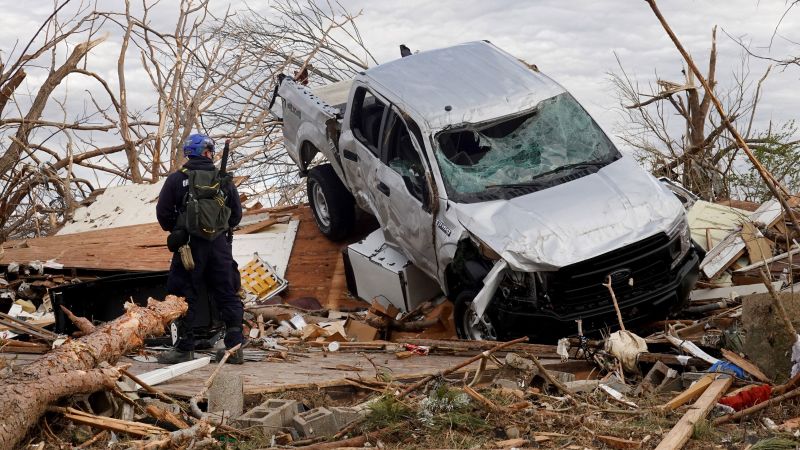 Among the cocktail of extreme weather events that plow through the United States, tornadoes can be the most destructive and the most deadly especially for those unprepared for what’s to come.

As severe weather events intensify, occur more often and exacerbate the country’s growing economic toll, science is running to keep up to answer emerging questions of whether climate change is worsening every single disaster.

But unlike heat waves, floods and hurricanes, scientific research about the connection between the climate crisis and tornadoes has not been as easy to make; though climate researchers say uncertainty doesn’t mean it is unlikely, and experts are already seeing changes in how recent tornado outbreaks are behaving.

When a series of twisters uprooted trees, tore down infrastructure and killed dozens of people in Kentucky in December 2021, for instance, meteorologists and climate scientists — careful not to attribute the cause to climate change — underscored the “historic” nature of the tornadic outbreak.

What’s clear, experts say, is that these weather events, no matter how severe, are occurring against the backdrop of human-caused climate change; it just all comes down to discerning how a warming planet is altering weather patterns, including geographical location and frequency, as well as severity.

Victor Gensini, a professor at Northern Illinois University and one of the top tornado experts, described the 2021 Kentucky outbreak as one of the most remarkable in US history — and while climate change may have played a part in its violent behavior, it’s not yet clear what that role was. That same sentiment can be said with the most recent devastating outbreaks.

Think of a pair of dice, he said. On one die, you altered the value of five to six, which means it now has two sixes — raising the chances of you rolling the pair of dice and getting the value 12. Although you can’t immediately attribute that value of 12 to the change you made, you just altered the probability of that event occurring.

Gensini said that’s similar to how the climate system now works — the more humans pump greenhouse gases like fossil fuel emissions into the atmosphere and change the system, the chances of extreme weather events occurring, intensifying, and changing the traditional location and patterns will amplify.

“When you start putting a lot of these events together, and you start looking at them in the aggregate sense, th …