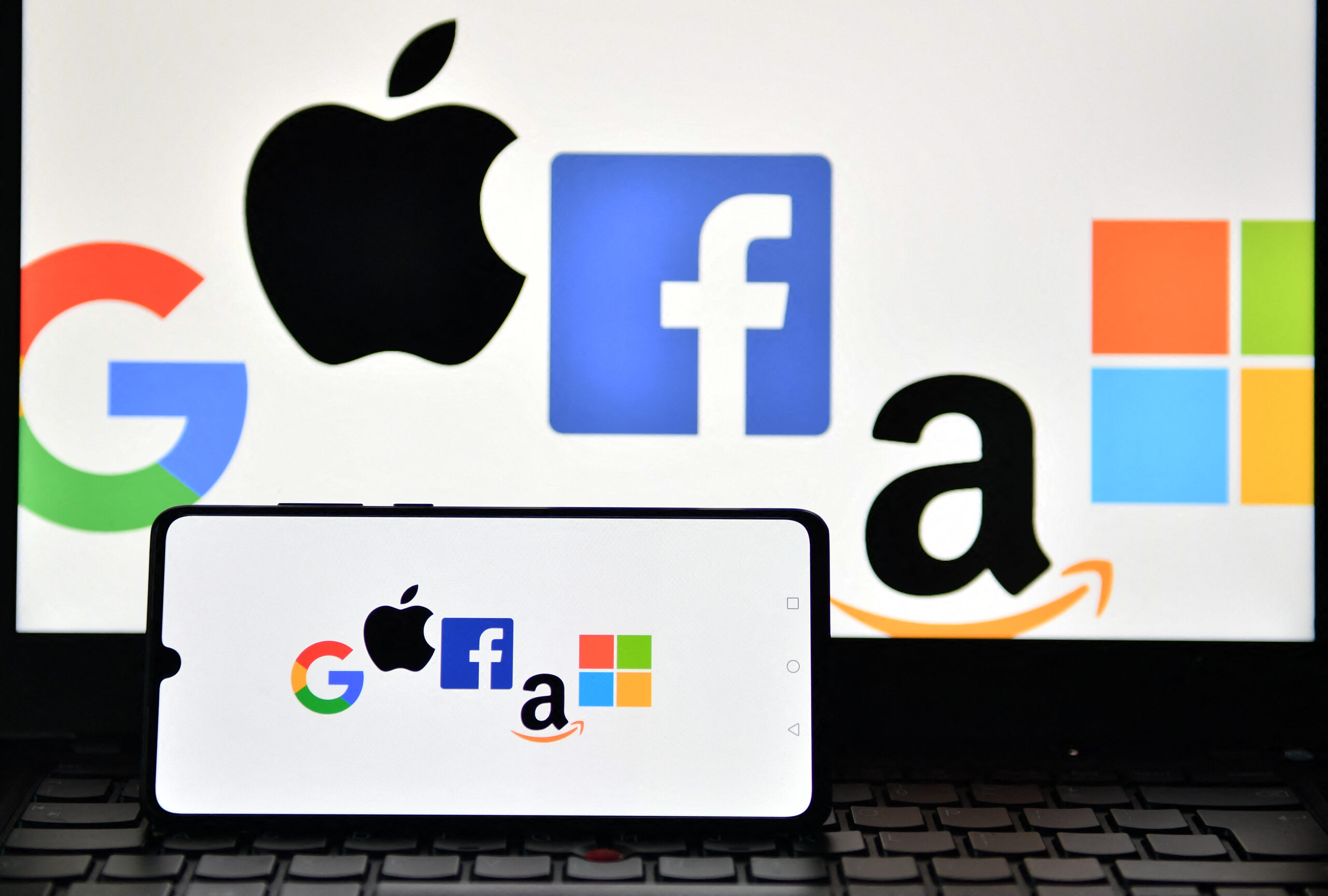 An illustration picture taken in London on Dec. 18, 2020 shows the logos of Google, Apple, Facebook, Amazon and Microsoft displayed on a mobile phone and a laptop screen. Credit: Justin Tallis/AFP via Getty Images

Any effort to curb global greenhouse gas emissions and stave off catastrophic warming is doomed to fail unless far more is done to address the “foundational” role Big Tech companies now play in exacerbating the climate crisis. That’s the conclusion of a new report released last week by the international environmental nonprofit Global Action Plan.

“Big Tech billionaires are the oil barons of the 21st century and their impact on climate change is no less destructive,” Susie Alegre, the report’s author and a longtime human rights attorney, said in a press release. “This paper should serve as a wake-up call to the climate movement.”

It’s certainly not the first time Big Tech has been thrust into the spotlight over its climate impacts. Just five companies—Amazon, Google, Microsoft, Apple and Meta—use as much electricity as the entire country of New Zealand, according to reporting from the Financial Times. And research shows that climate disinformation continues to flourish on the biggest social media platforms, including Twitter and TikTok, which experts say makes finding global consensus on climate policy a nearly impossible task.

In fact, experts warned that a blitz of disinformation during the COP27 global climate talks last month undermined the summit’s progress. And many climate activists were outraged after the U.N. conference ended without any official commitments to phase out, or even phase down, fossil fuels—something experts say must begin immediately to fulfill the Paris Agreement targets.

Amazon, Google and Apple didn’t respond to questions from Inside Climate News about the Global Action Plan report.

In an email, a Meta spokesperson pointed to progress the company has made related to its climate goals, including fully running its direct global operations with renewable energy as of 2020, which have helped reduce its greenhouse gas emissions by 94 percent from a 2017 baseline. That reduction doesn’t include the emissions related to Meta’s supply chain. The spokesperson also said Meta’s “fact-checking partners regularly review and rate a wide range of climate-related claims, including false information that outside experts …