To Combat Gun Violence, This Artist Turns Ammunition Into Art 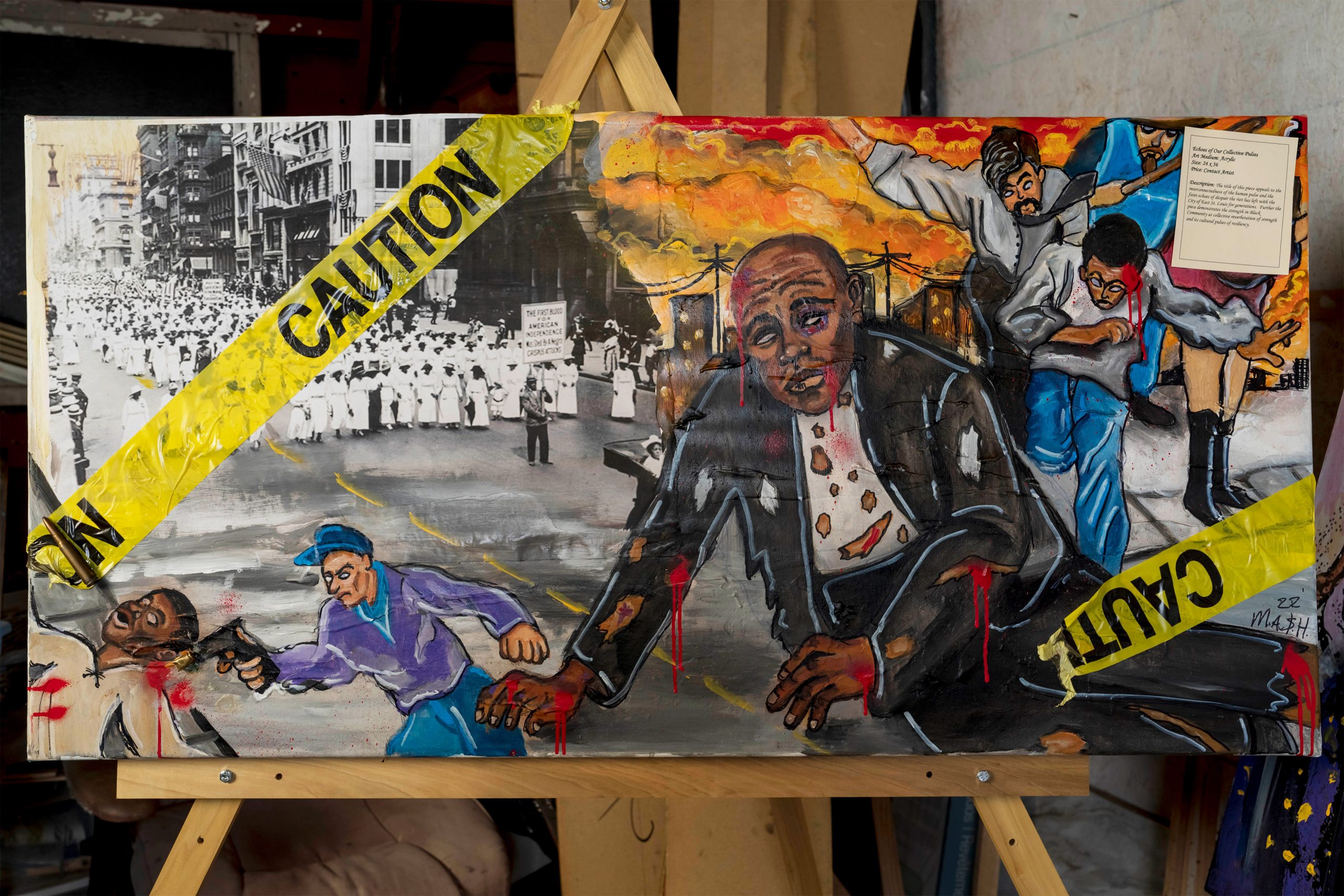 EAST ST. LOUIS, Ill. — As a child, Mykael Ash enjoyed picking up seashells near the Mississippi Gulf Coast. His grandfather lives there, so trips to the beach were a regular part of life.

“It’s peaceful energy,” Ash said. “Especially when you put that seashell to your ear.”

At age 32, he still collects shells. But the terrain is different in this city of 18,000 people. Ash walks on concrete instead of sand, picking up shells left by bullets as he walks through the city for exercise.

“It just hit me one day,” he said: He could use the shell casings in his artwork.

Gun violence has been a persistent problem in East St. Louis, which to the frustration of many residents had one of the highest murder rates of any U.S. city before the pandemic. While the rates have improved somewhat, it’s still a plague there and a growing problem in communities across the country. More than 47,000 people died from gunshot injuries nationwide in 2021, according to data from the Centers for Disease Control and Prevention, which was the highest toll in the U.S. since the early 1990s.

In Ash’s studio, spent ammunition mixes with caution tape, shredded tires, broken glass, and paint to transform the litter of violence into art that tells stories about race, resistance, and history. The work is personal, Ash said.

Each year since he was 17, Ash has lost at least one friend or relative to gun violence. That includes his …