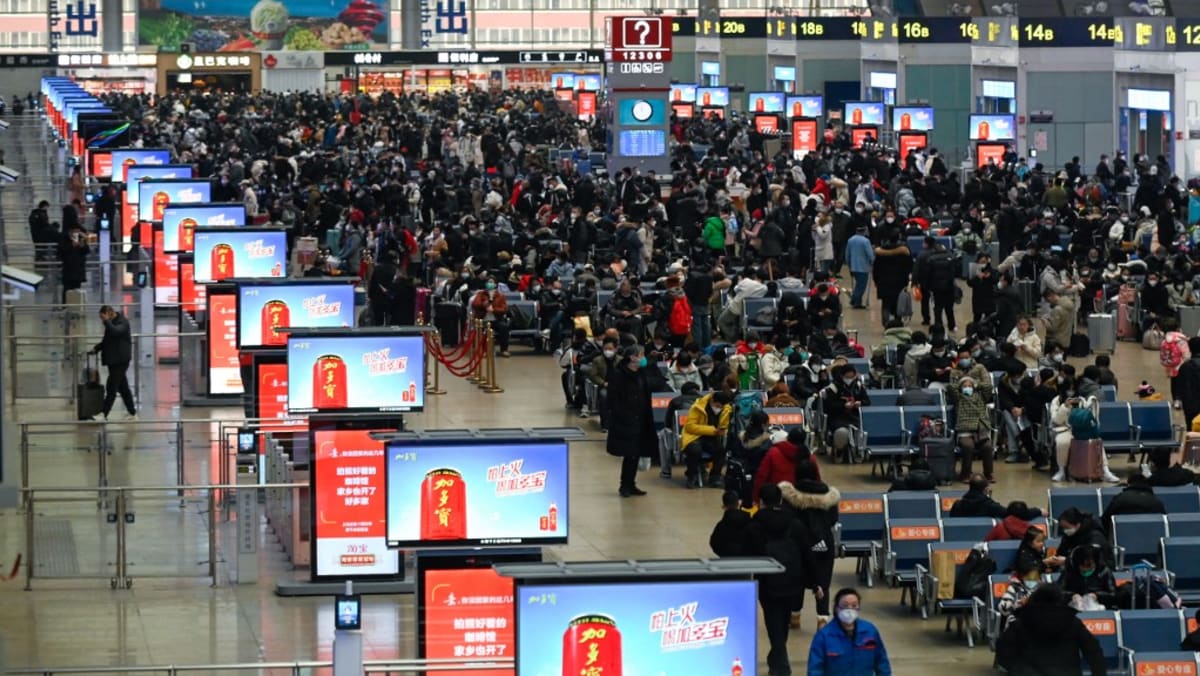 TRAVEL RUSHBeijing’s main rail station has been packed with passengers leaving the capital in recent days, according to Reuters witnesses.

In Hong Kong, the government has said it would increase the number of people who can pass through designated land border control points to the mainland to 65,000 people per day from 50,000 between Jan 18 and Jan 21.

China’s transport ministry has said it expects more than 2 billion trips in the weeks around the holidays.

The revival of travel in China has lifted expectations of a rebound in the world’s second-largest economy, which is suffering its lowest growth rates in nearly half a century.

China’s blue-chip index was up 0.6 per cent on Monday, while global oil prices have also been supported on expectations of a recovery …