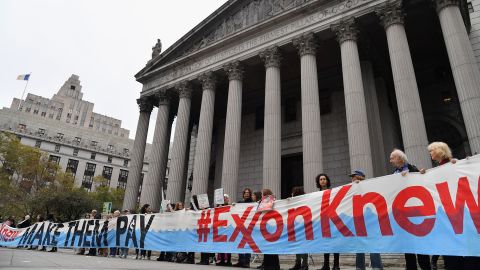 ExxonMobil’s own scientists accurately predicted future global warming in reports dating back to the late 1970s and early 1980s, despite the company publicly continuing for years to cast doubt on climate science and lobby against climate action, according to a new analysis.

Researchers examined climate projections produced between 1977 and 2003 by Exxon, one of the world’s biggest oil and gas companies. They found the company’s science was not only good enough to predict long term temperature rise, but also accurately predicted when human-caused climate change would become discernible, according to the report published Thursday in the journal Science.

A slew of internal Exxon documents unearthed by researchers and journalists over the past few years have shown that the company was aware of the link between fossil fuels and climate change at least as far back as the 1970s.

But until now, there hasn’t been an in-depth review of Exxon’s own climate modeling data, said Geoffrey Supran, a research fellow in the history of science at Harvard University and a co-author of the report.

This is “the first-ever systematic assessment of the fossil fuel industry’s climate projections,” Supran told CNN.

The researchers analyzed more than 100 reports by Exxon scientists, produced between 1977 and 2014. They then whittled these down to 12 documents containing climate projections and compared them against historical observations.

Exxon projected an average warming of around 0.2 degrees Celsius per decade, according to the report.

“That allows us for the first time to put a number on what Exxon knew, namely that fossil fuel burning was going to hit the planet by 0.2 degrees Celsius per decade,” Supran said.

Exxon was “on the money” on various other topics, sa …