Flu, Covid-19 and RSV are all trending down for the first time in months – CNN 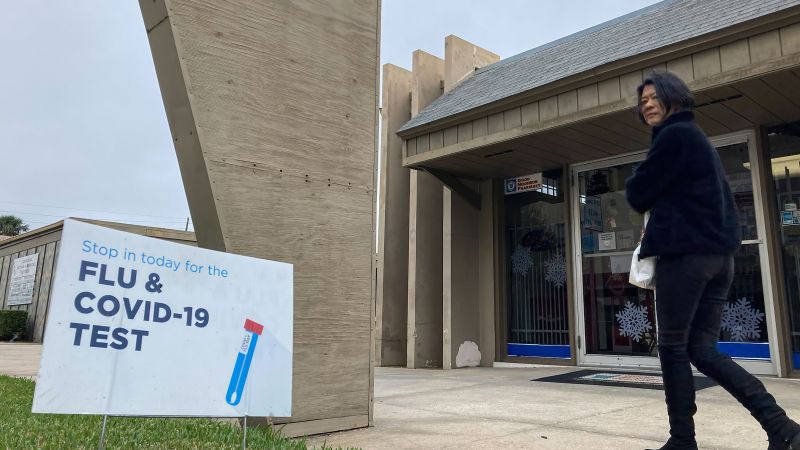 A rough respiratory virus season in the US appears to be easing, as three major respiratory viruses that have battered the country for the past few months are finally all trending down at the same time.

A new dataset from the US Centers for Disease Control and Prevention shows that the number of emergency department visits for the three viruses combined – flu, Covid-19 and RSV – have dropped to the lowest they’ve been in three months. The decline is apparent across all age groups.

Measuring virus transmission levels can be challenging; health officials agree that Covid-19 cases are vastly undercounted, and surveillance systems used for flu and RSV capture a substantial, but incomplete picture.

But experts say that tracking emergency department visits can be a good indicator of how widespread – and severe – the respiratory virus season is.

“There’s the chief complaint. When you show up to the emergency room, you complain about something,” said Janet Hamilton, executive director at Council of State and Territorial Epidemiologists. “Being able to look at the proportion of individuals that seek care at an emergency department for these respiratory illness concerns is a really good measure of the respiratory disease season.”

In the week following Thanksgiving, emergency department visits for respiratory viruses topped 235,000 – matching rates from last January, according to the CDC data.

While the surge in emergency department visits early in the year was due almost entirely to Omicron, the most recent spike was much more varied. In the week ending December 3, about two-thirds of visits were for flu, about a quarter were for Covid-19 and about 10% were for RSV.

Grouping the impact of all respiratory viruses together in this way offers an important perspective.

Now, Covid-19 again accounts for most emergency department visits but flu and RSV are still the reason behind about a third of visits – and they’re all trending down for the first time since the respiratory virus season started picking up in September.

More new data from the CDC shows that overall respiratory virus activity continues to decline across the country. Only four states, along with New York City and Washington, DC, had “high” levels of influenza-like illness. Nearly all states were in this category less than a month ago.

Whether that pattern will hold is stil …