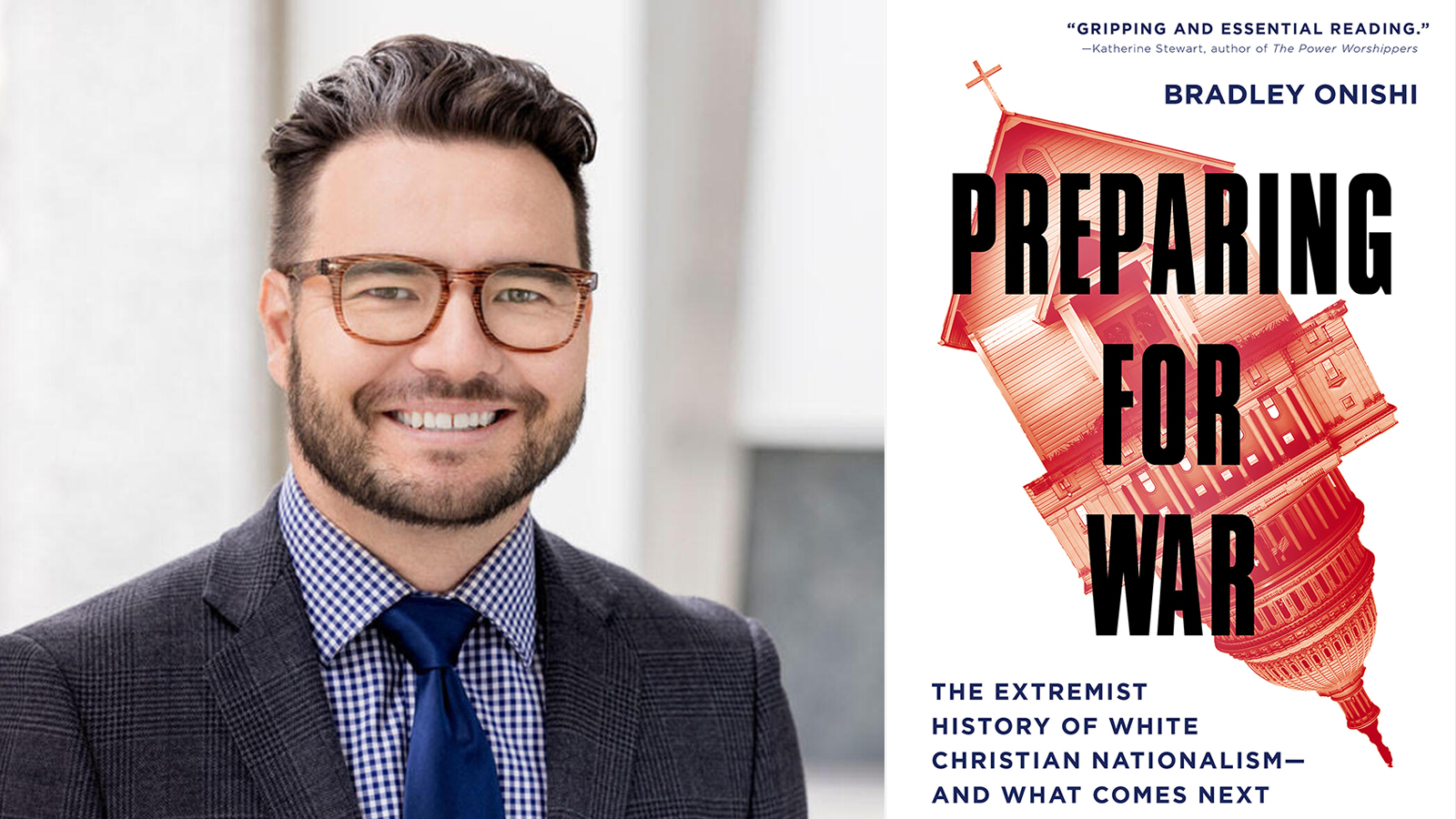 (RNS) — Bradley Onishi became a Christian at age 14 when his eighth grade girlfriend invited him to a Bible study at her church in Yorba Linda, California, just south of Los Angeles. Ten years later, he would serve as its youth minister.Over that decade, he writes in his new book, “Preparing for War: The Extremist History of White Christian Nationalism — And What Comes Next,” Onishi grew to see his faith as less about Jesus and more about perpetuating a certain myth of the United States, one that he says forms the bedrock of white Christian nationalism.
Part memoir, part history of Southern California’s formative role in the rise of the religious right, Onishi’s book traces his growing estrangement from the faith he once zealously championed.
It also examines the Christian nationalist beliefs that he first encountered in Southern California but are now thought to be fueling a movement in Idaho, Montana, Wyoming and in the eastern parts of Washington and Oregon, sometimes called the American Redoubt, where white Christian supremacists are building a refuge.
Onishi, who teaches at the University of San Francisco, also co-hosts with Dan Miller a podcast called “Straight White American Jesus.” Religion News Service spoke to Onishi, who now calls himself a secularist. The interview was edited for length and clarity.
You describe growing up in Yorba Linda and joining Rose Drive Friends Church. Te …