How The Police Are Waging A War Against Cybercrime 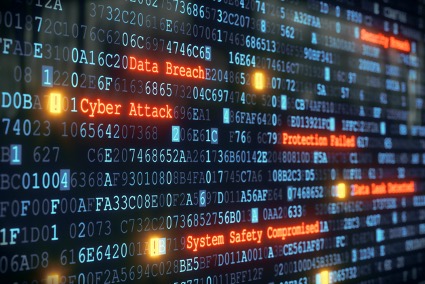 The problem of cybercrime has been increasing exponentially in recent years as the internet has become more and more integrated into our everyday lives. While the police have been quick to adapt to new technologies and approaches to fight traditional crime, they have struggled to keep up with the ever-changing landscape of cybercrime.

Here is a look at the different methods and approaches that the police are using in their fight against cybercrime, from investigation and prosecution to prevention and international cooperation.

Cybercrime is a catch-all term for any illegal activity that takes place online. This can include anything from hacking and identity theft to online fraud and child pornography.

Cybercrime is usually committed by people who are trying to make money, but there are also some groups or individuals who engage in it for political reasons. For example, hackers have recently been able to break into Iran’s Atomic Energy Organization’s network with the goal of freeing political prisoners. Regardless of the motivation, cybercrime is a serious problem that needs to be addressed.

One of the most common types of cybercrime is identity theft. This is when someone uses your personal information, such as your name, Social Security number, or credit card number, without your permission to commit fraud or other crimes. Identity theft can leave you with substantial financial losses and a damaged reputation.

Another common type of cybercrime is phishing. This occurs when scammers send emails or texts purporting to be from a legitimate organization, such as a bank or credit card company. They often try to trick people into clicking on a link or attachment that will install malware on their computers or steal their personal information. Cybercrime is a serious problem that is only getting worse as our reliance on technology grows. It is important to be aware of the dangers and take steps to protect yourself from becoming a victim.

The problem of cybercrime

Cybercrime is a never-ending threat to businesses, individuals and society as a whole. It is constantly evolving and becoming more sophisticated, making it more difficult to prevent and detect. Additionally, it can have a devastating impact, both financially and emotionally, on its victims.

Cybercrime is costly to businesses in terms of money and productivity. It can result in the loss of important data, as well as the disruption of normal business operations. In some cases, it can even lead to bankruptcy. Individuals can also be victims of cybercrime through identity theft, fraud or other types of attacks. This can result in financial loss and emotional distress.

Society is also affected by cybercrime. It can lead to a loss of trust in online interactions and a general feeling of insecurity. This can have a negative impact on the economy and social cohesion. Cybercrime is becoming increasingly difficult to prevent and detect.

The devastating impact of cybercrime has spurred the creation of dedicated police forces to tackle this issue.

How do the police fight against cybercrime?

There are many ways that police forces around the world fight cybercrime. Some of the most common methods and approaches include:

With these various methods and approaches, police forces are making great progress in tackling cybercrime. However, there is still much work to be done. Cybercrime is a threat to both individuals and businesses of all sizes, and it will continue to grow in complexity and severity as the world becomes more reliant on technology.

Police cybercrime units are specialized police units that are responsible for investigating and combating cybercrime. These units are typically staffed by officers who have training and experience in both traditional law enforcement and computer-related crimes. Cybercrime units usually work closely with other law enforcement agencies, as well as private sector partners, to investigate and prosecute cybercriminals. In many cases, these units will also provide training and education to other police officers on investigating and preventing cybercrime.

There are several reasons that police cybercrime units are effective in combating cybercrime. These units have the specialized knowledge and skills needed to investigate complex cybercrime cases, and by working closely with other law enforcement agencies and the private sector, they can share information and resources, which can help to investigate and prosecute cybercriminals more effectively.

One method that police can use to fight cybercrime is training and education. By educating both officers and the public about cybercrime, they can better prevent and investigate these crimes. Training and education programs are typically offered by police academies or other law enforcement organizations. Some of these programs may be open to the public, while others may be reserved solely for law enforcement personnel.

One way to educate yourself deeply on this topic is to earn an online bachelor of policing at Wilfrid Laurier University. In an increasingly digital world, it is more important than ever for police officers to stay up to date on the latest technology and trends. Laurier’s online policing degree is designed to help officers stay ahead of the curve, with a curriculum that covers everything from cybercrime to social media. With experienced officers teaching the courses, students will learn the skills they need to effectively fight crime in the 21st century.

Working with businesses and the private sector

Finally, working with the private sector can help the police to build relationships and trust with the companies and organizations that are most likely to be victims of cybercrime. This trust can be helpful in the future when it comes to gathering information and evidence.

The fight against cybercrime

The problem of cybercrime is one that the police have been struggling to cope with in recent years. There are several reasons for this, but the most significant one is the fact that it often involves people from different countries working together. This makes it difficult to prosecute the responsible parties as traditional law enforcement methods are not always effective against them.

The police have had to develop new tactics and approaches to combat this growing problem. One method that has been successful is working with internet service providers (ISPs) to track down criminals. ISPs keep records of all the data that passes through their networks, so they can often help the police identify where an attack originated or who was responsible for it. This information can be used to build cases against those individuals and bring them to justice.

Increasing public awareness about potential cyber threats and how to protect oneself is another tactic that has been employed to make it more difficult for criminals to operate without detection. This includes spreading information about common scams (such as phishing), along with teaching people how to use stronger passwords and secure their personal information.

Although there are many approaches to mitigating cybercrime, there is no one-size-fits-all solution for this problem. Instead, it is important for police forces and the community to tailor their approach to meet the unique needs of this constantly evolving threat.

The police have been using new methods to combat cybercrime as technology evolves. Here are a few methods they may use to investigate cybercrime:

Law enforcement agencies are using new tactics to combat cybercrime, such as working with internet service providers to track down criminals and increasing public awareness about the dangers of sharing personal information online. However, this work can be challenging because these crimes are often committed by people from different countries working together.

One way to prevent attacks is by installing security software on all computers and devices that connect to the internet, but the best way to stop cybercrime is to prevent it from happening in the first place. Be sure to educate yourself and avoid sharing any private information with anybody you do not know, and never click on any links that haven’t been verified.