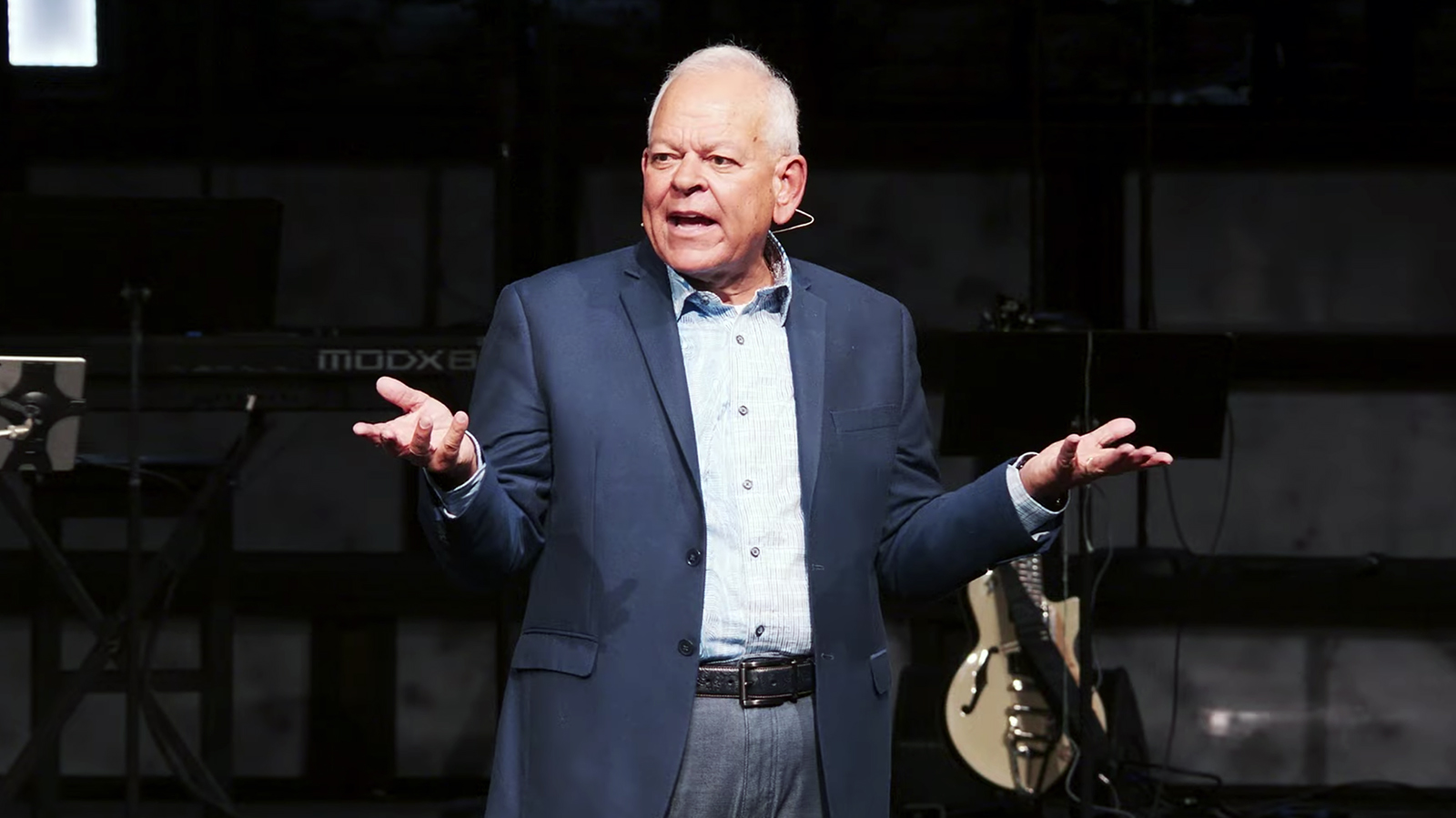 (RNS) — Claiming “false allegations” had ruined his life, former Southern Baptist Convention President Johnny Hunt returned to the pulpit Sunday (Jan. 15), eight months after allegations that he had sexually assaulted another pastor’s wife became public.Hunt was the guest preacher at Hiland Park Baptist Church in Panama City, Florida, where his friend the Rev. Steven L. Kyle is pastor. Kyle was part of a small group of pastors who deemed Hunt fit to return to the ministry, despite the allegations against him.
Kyle introduced Hunt, who joined Hiland Park as a member in 2022, calling him “one of the greatest pulpiteers in our generation.”
“Today we are honored,” Kyle said. “Today I am thankful to have my good friend Dr. Johnny Hunt preach at Hiland Park.”
The former SBC leader, who was also a longtime pastor of a Georgia megachurch, was named in the Guidepost Solutions report on abuse in the SBC, which was released in May 2022. According to the report, Hunt allegedly assaulted a woman at a vacation condo in 2010. Investigators found the allegations against him credible. Hunt denied the allegations at first, then claimed the incident was a consensual encounter.
During his sermon, Hunt said some of the allegations against him were true — but they would have been easier to survive than the “false allegations,” and he claimed he’d been pressured to quit the ministry.
Psalm 119, the biblical text he drew from, also talked abou …