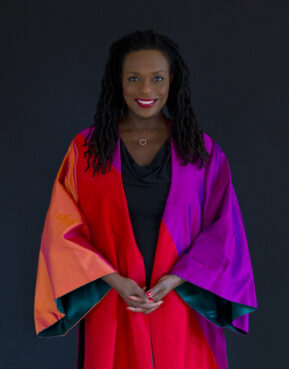 (RNS) — Middle Collegiate Church, the historic New York congregation whose 19th-century building was devastated by fire in 2020, expects to demolish its façade —  the only part that still stood — after a preservation commission decision earlier this month.The Rev. Jacqui Lewis, senior minister of the church, said there will be a meeting on Friday (Jan. 27) to plan the next steps in taking down the façade. The congregation initially hoped to preserve its distinctive neo-Gothic streetfront, but reports by experts last year citing safety and costs determined that “the remaining structure is in a state of disrepair and has deteriorated beyond its usable life.”
New York City’s Landmarks Preservation Commission, by a vote of 8-2 on Jan. 10, granted the church’s request for a “certificate of appropriateness” to take down the façade over the objections of local preservationist groups.
Lewis said the congregation won’t know how much of the façade can be reused. Church leaders hope to determine “how to use what’s old to make what’s new” in the redesigned space after the expected early spring demolition.
“We thought the façade was going to survive so we’re committed to what’s left — which might be small pieces,” she said.
Middle Collegiate, on Manhattan’s Lower East Side, is one of …