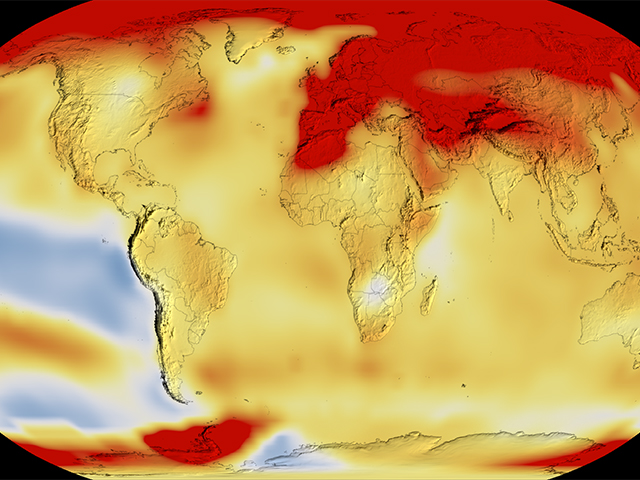 The year 2022 effectively tied for Earth’s 5th warmest year since 1880, and the last 9 consecutive years have been the warmest 9 on record. NASA looks back at how heat was expressed in different ways around the world in 2022. Credit: NASA’s Goddard Space Flight Center/Kathleen Gaeta

Earth’s average surface temperature in 2022 tied with 2015 as the fifth warmest on record, according to an analysis by NASA. Continuing the planet’s long-term warming trend, global temperatures in 2022 were 1.6 degrees Fahrenheit (0.89 degrees Celsius) above the average for NASA’s baseline period (1951-1980), scientists from NASA’s Goddard Institute for Space Studies (GISS) in New York reported.

“This warming trend is alarming,” said NASA Administrator Bill Nelson. “Our warming climate is already making a mark: Forest fires are intensifying; hurricanes are getting stronger; droughts are wreaking havoc and sea levels are rising. NASA is deepening our commitment to do our part in addressing climate change. Our Earth System Observatory will provide state-of-the-art data to support our climate modeling, analysis and predictions to help humanity confront our planet’s changing climate.”

The past nine years have been the warmest years since modern recordkeeping began in 1880. This means Earth in 2022 was about 2 degrees Fahrenheit (or about 1.11 degrees Celsius) warmer than the late 19th century average.