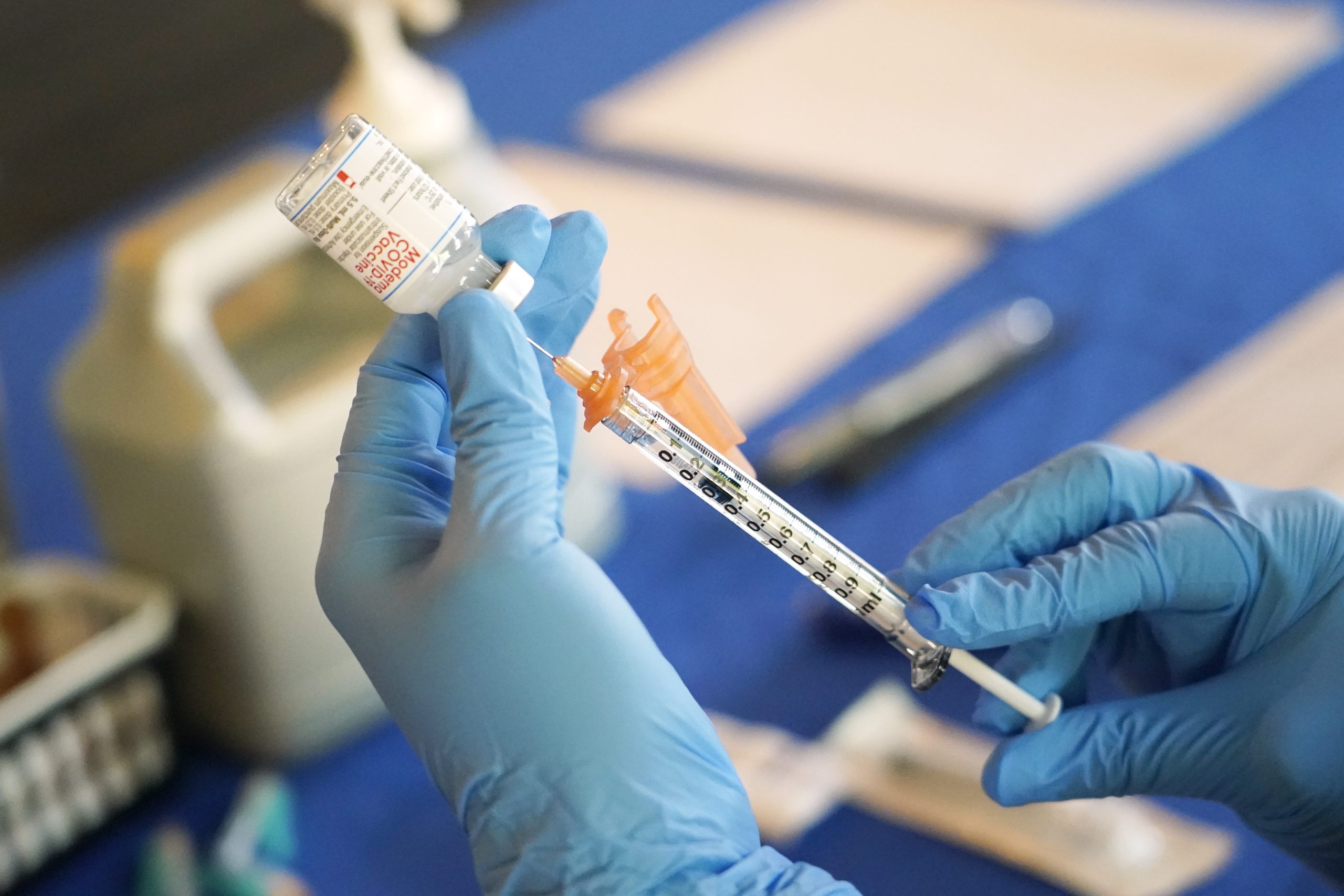 A nurse prepares a syringe of a Covid-19 vaccine at an inoculation station. | Rogelio V. Solis/AP Photo

A new CDC study has found that the Covid-19 bivalent booster reduces the risk of symptomatic infection from the most common subvariant circulating in the U.S. right now by about half.
Additional new data, set to be published on the CDC website on Wednesday, also shows that individuals who received an updated vaccine reduced their risk of death by nearly 13 fold, when compared to the unvaccinated, and by two fold when compared to those with at least one monovalent vaccine but no updated booster.

CDC officials said during a briefing on Wednesday that the new findings were “reassuring.” But only 15.3 percent of eligible Americans — or about 50 million people — have received the new shot, which was rolled out in September.

Meanwhile, the highly transmissible Omicron subvariant XBB.1.5 — nicknamed “the Kraken” by some — is now the dominant SARS-CoV-2 strain in the U.S., projected by the CDC to make up just over 49 percent of cases in the country as of last week.
Earlier this month, the WHO said XBB.1.5 is the most transmissible variant to date, and is circulating in dozens of countries. Though a catastrophic wave has not emerged in the U.S. yet, there has nevertheless been a spike in deaths this month, with an average of 564 people dying of Covid-19 each day as of …